Almost every adult in Germany has gingivitis. It manifests itself mainly through bleeding gums when brushing teeth or when using interdental brushes and dental floss.

With persistently poor oral hygiene, the immune system can be overwhelmed and periodontitis (periodontitis) can develop from gum inflammation. If this also remains untreated, there is a risk of tooth loss.

The good news is that you can best ensure that it doesn't come to that. In the following section you will learn what gingivitis is, how it develops and what you can do to get gum inflammation under control or even to prevent it.

Gingivitis is caused by inflammation of the tissues surrounding the tooth. This inflammation is caused by bacteria. Bacteria in the mouth are completely normal. There are more of them in each mouth than people on earth.

In simple terms, they can be distinguished as follows:

Malignant bacteria also settle in your plaque; they live in it. There they can feed and multiply at breakneck speed through cell division.

Because they are living beings (unicellular organisms), they also excrete certain waste products after eating. In the case of malignant bacteria, these waste products are poisonous substances (so-called toxins). This constant "bombardment of toxins" causes your gums to become inflamed. This process repeats itself hour after hour and day after day as long as plaque is present on your teeth.

Swelling:
The body's response to the excreted toxins of the bacteria is: immune defence. In response to the inflammation, your body ensures that the gums are supplied with more blood. The vessels become more permeable for the penetration of the body's own defenses. This causes the gums to swell. This is the first symptom of gingivitis that appears.

Bleeding:
Because of the inflammation present, your gums are sensitive to touch. This is why the gums often bleed when they come into contact, for example by brushing your teeth or using interdental brushes and dental floss.

Color of the gums:
Healthy gums are pale pink. Inflamed gums, on the other hand, are reddish to dark red or even bluish. The following images show inflamed gums (left) and healthy gums (right). 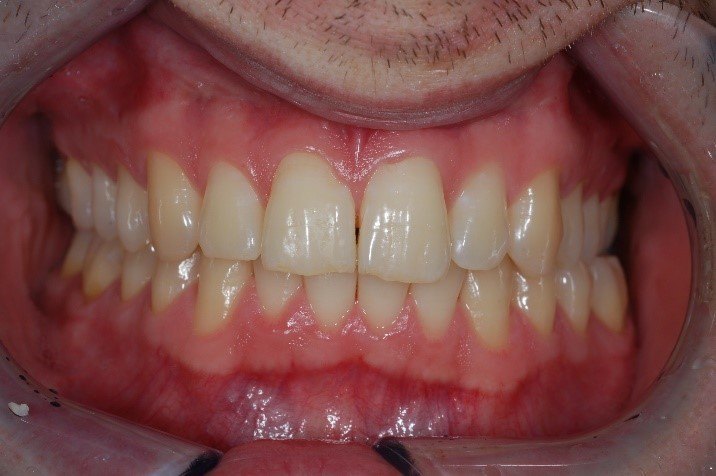 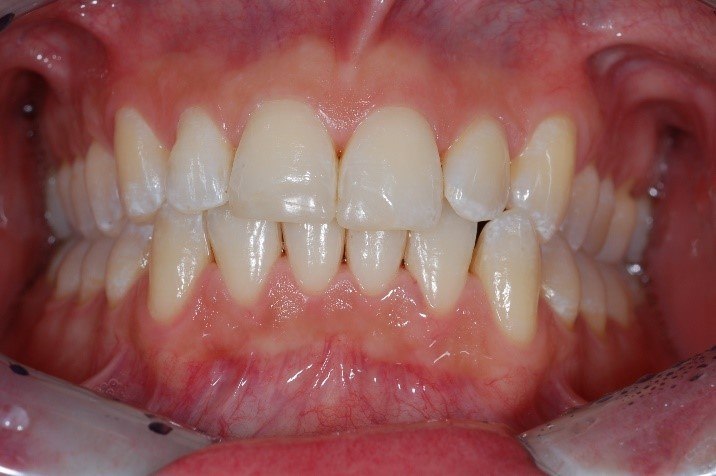 You can treat gingivitis yourself through consistent, daily oral hygiene and the use of interdental brushes. Furthermore, regular treatment in the dental practice by means of professional tooth cleaning is necessary. If you remove the plaque on your teeth and in between your teeth every day, you will achieve the following:

You reduce the number of harmful bacteria and their breeding ground. If the bacteria can't "feed" themselves, they can't excrete harmful toxins either. This way, gingivitis doesn't stand a chance for you.

If you already have gingivitis, you will notice with daily oral hygiene that your gums will bleed less every day and will disappear after 7-10 days at the latest. If the bleeding doesn't stop in some areas, see your dentist. They will examine whether you have periodontitis.